I have traveled in Mongolia’s Gobi for many years, and I have been to the Singing Sands many times. Yet, on my visit this last October, I had a profound experience there as never before. It only confirmed what I often feel – that I never tire of the same places of nature and wilderness. I have never tired of walking in the same forest, riding along the same river, climb the same mountain, or be in the vast open expanses of the Gobi desert. I would not tire of it even without profound experiences as they happen once in a while. They make it all the more worthwhile though, and perhaps they are affirmations, reminders that we are part of the living earth and how good it feels, to be. 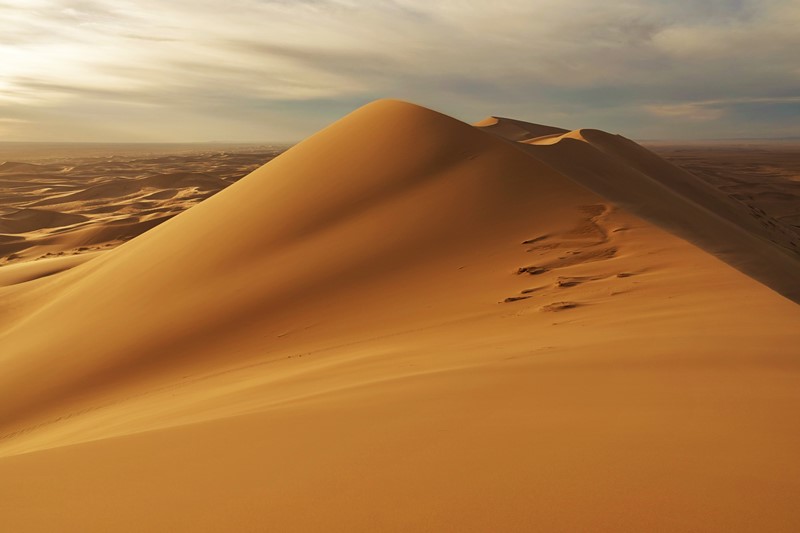 We had arrived in the late afternoon at the Western reaches of “Khongoryn Els”, the sand dunes that stretch over 180 kilometers in Mongolia’s largest National Park, the “Three Beauties of the Gobi”. While their Mongolian name translates to “honey colored sands”, the dune complex is also known as the “Singing Sands”.

Climbing in a Cold Wind 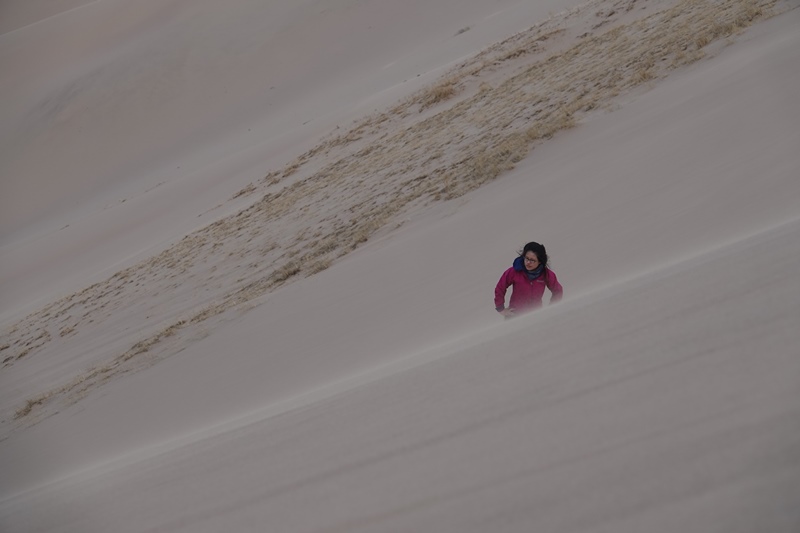 It was the last day of October and a cold wind was blowing. Walking across the lower sands to the high dunes, we encountered sand drifting above the ground. Starting the climb, we began to hear – from somewhere above and beyond –a roaring more like a freight train, increasing with the speed of the whirling wind and subsiding as sand settled in calmer moments. 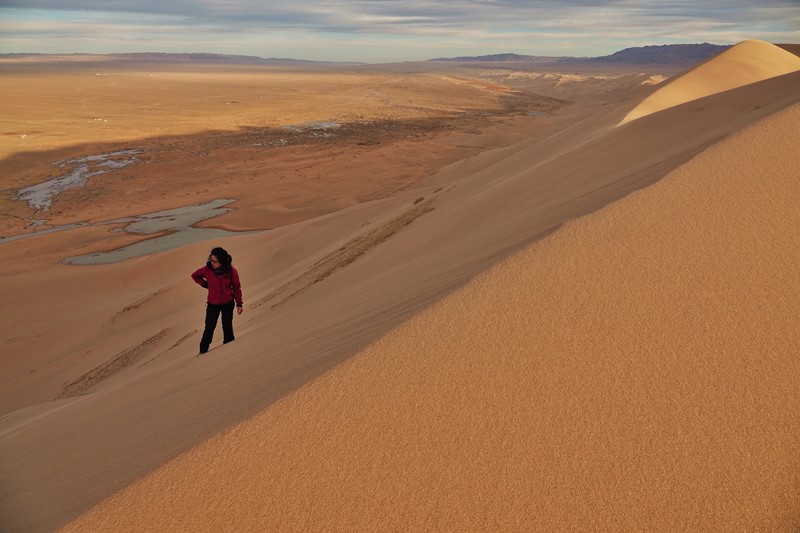 If it wasn’t sand, scaling the steep face of the high dune would be more daunting. In snow and ice it might be a technical climb with ice axe and crampons. And the higher we reached, the steeper and loser was the sand, and the blasting of sand and air grew stronger.  Definitely not in record time, but we finally reached the sharp edge of the top. A fine, elegant line shaped by the winds. 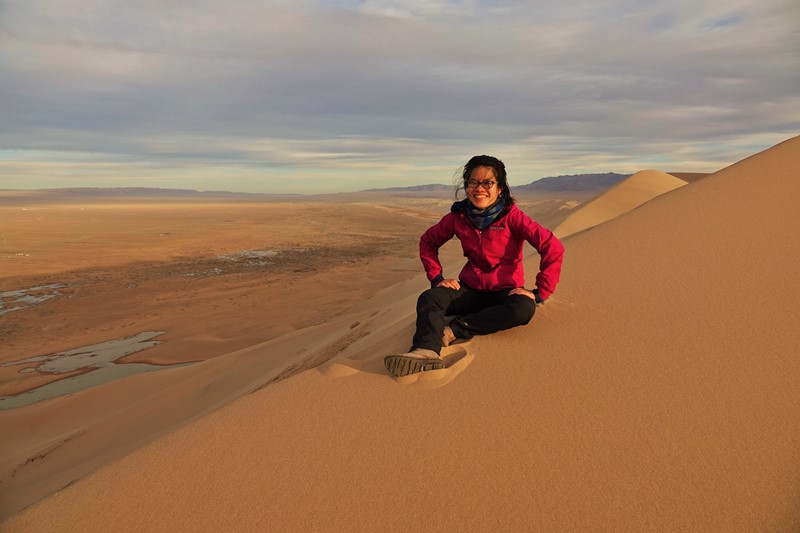 It was just in time to catch the sun set behind the expanses of sand dunes. The last light of the autumn day bathing the sand slopes in warm colors and bringing out the contrasts of this spectacular landscape. A relief to walk on firm sand here, beyond the sharp edge, on the gentle slopes to the South. We walked a bit along the ridge line, enjoying the calm, the view and the last sun.

The greatest moment, however, was yet to come. When we stepped over the fine edge again to begin the descent, it was like we woke a giant. With our stepping onto the steep slope, avalanches began to slide, like tongues of sand, and the sands began to sing! We were immersed in their vibrations. Walking in switchbacks down the sand face, our feet engulfed by downward running sand, surrounded by the humming sound, it felt like we were with a living being.

And of course we were – it just takes special moments like that to make us feel the living earth we belong to. 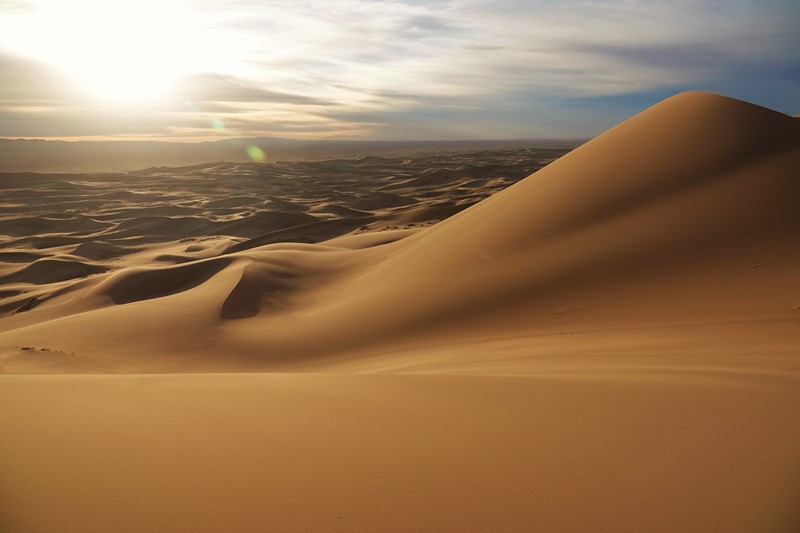