How We Found Our Logo

How We Found Our Logo

It was a cold day. A colleague and I were hiking up the headwaters of a local river in Bayan Ulgii province. We were looking to get a glimpse of the Altai Tavan Bogd, or the Five Kings of the Altai mountains. These are the highest peaks in Mongolia and located on the border with both China and Russia — right in the far northwest corner of Mongolia and very remote. We were also looking for Siberian Ibex, a mountain goat, and Argali sheep. The Argali sheep are the biggest bighorn sheep in the world and this was their habitat.

As the manager of a New Zealand Aid Project “Park Management and Livelihood Development”, I spent a lot of time working with very remote local mountain communities in the Altan Tavan Bogd National Park. It was a very interesting and rewarding job and got me into some of the more out of the way places in Mongolia, both on foot and horseback.

Making our way up the north side of the valley we came upon this exposed rock face about 100 meters above the valley floor. Not a place one normally walks, so I assume other than the locals living in the area, a few researchers and the people who made the petroglyphs, not many other people would have seen these. The impressive thing was, that there were just so many of them and one can easily see that even 3 to 4 thousand years ago, this was a place to hunt Ibex. It’s clear that glaciers once scoured the valley and left their mark in striations across the rock face as it moved downward. It’s an old place.

After taking a number of photographs we again moved up the valley onto snowfields that led up to a plateau where we could see the high mountains and where I knew Ibex may be grazing. On the way we came upon a set of snow leopard tracks that crossed perpendicular to ours, but heading up to the same plateau. The leopard had the same idea we had, but with different intentions. From the way the snow was blowing and filling up our foot prints and the leopard tracks at the same rate, I realized these tracks had just been made minutes before, and the big cat was somewhere in the rocks above us. However these rocks are perfect camouflage for snow leopards and all she had to do was stop moving and magically disappear into the landscape. And I knew, I could feel it, that somewhere, 50 to 100 meters above us this cat was sitting there as still as the rocks themselves, unseen and looking at us.

We found the ibex, some of them anyhow and got a good look across at the Altai mountain range and Mount Huiten, the highest peek in Mongolia (4374 m), as we ate lunch and took in the view. Wondering all along where that snow leopard could be. As I came back down later in the day, I still had the image of those stone horses with their ancient riders in my mind and the connection we had with them and our day’s experience, crossing with a snow leopard and seeing the ibex. The petroglyphs made quite an impression on me. I didn’t know how then, but I knew those stone horses would come in handy someday. The way we ride today is not that much different than four thousand years ago.

A lot of people ask how we came up with the design for the Stone Horse logo. An artist from 30 centuries back helped. We’ve stylized it a bit, but I hope that gives an idea of how we came upon this image as our logo. That was 16 years ago, but those images of ancient horsemen still burn in my imagination. It was wild then. It still is.

Here are some photos of the petroglyphs we found that day: 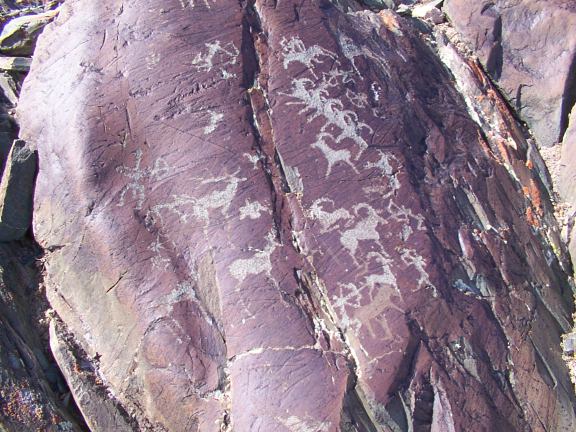 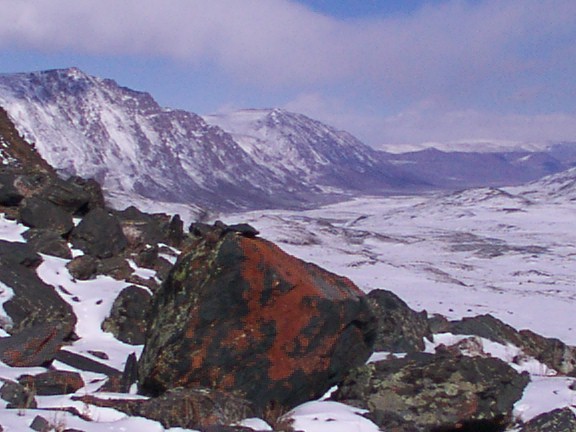 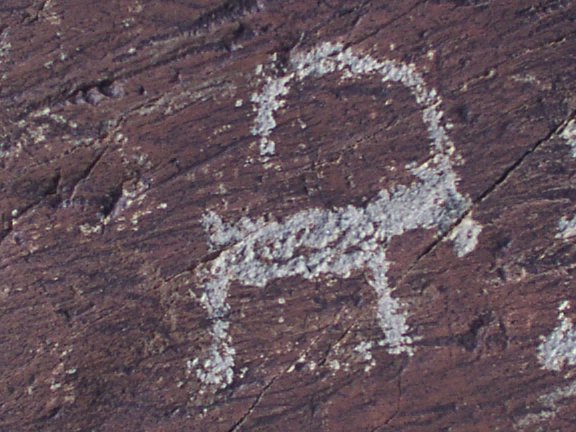 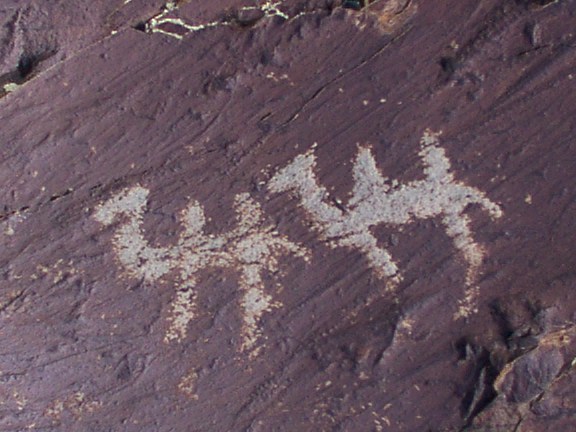 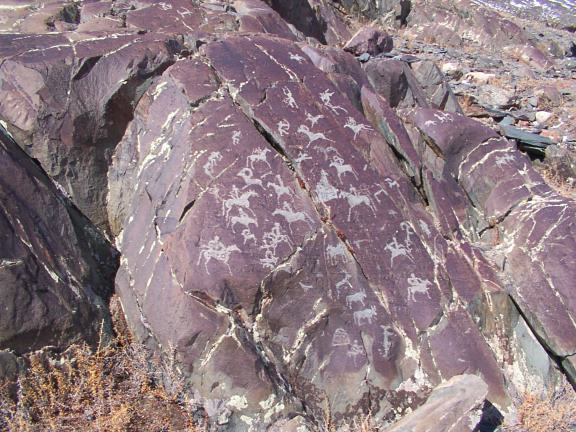 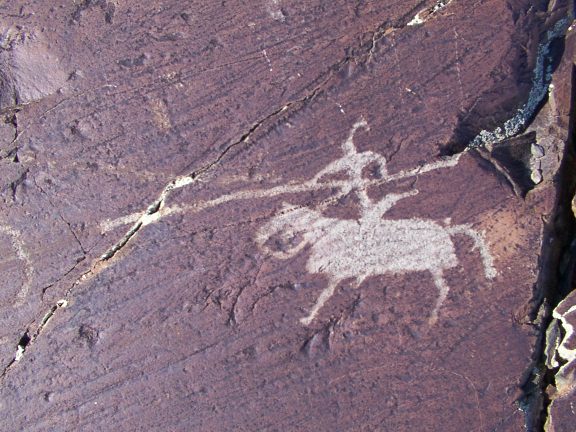 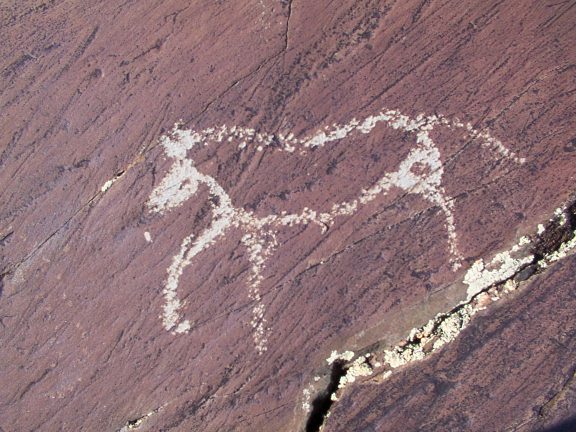 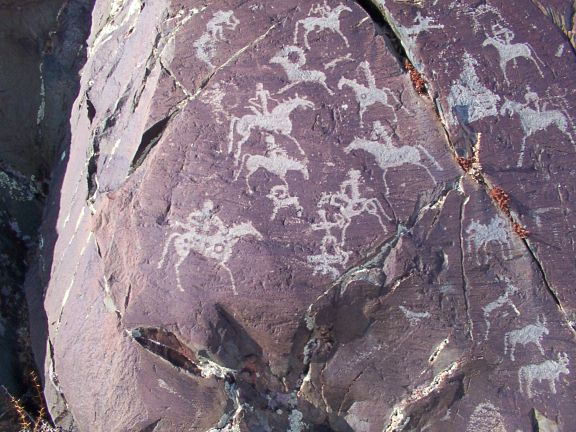 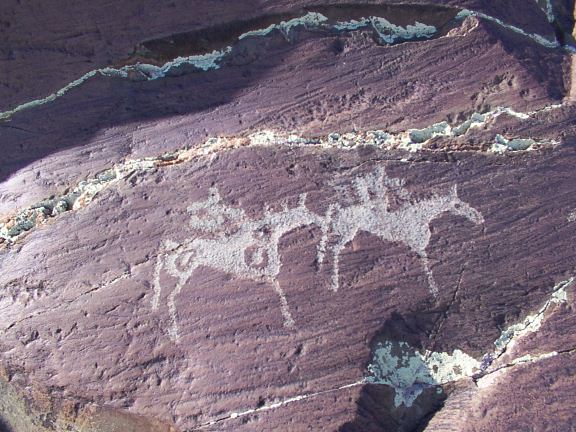 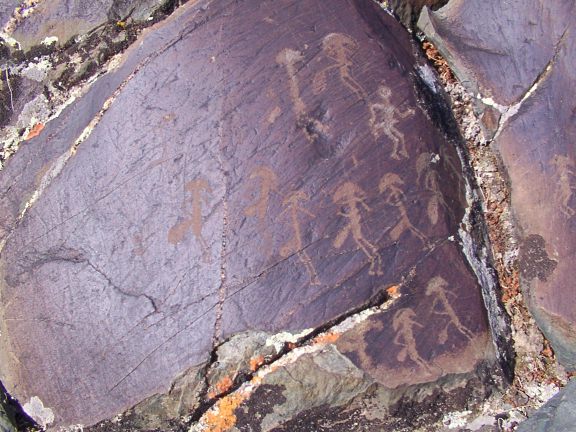